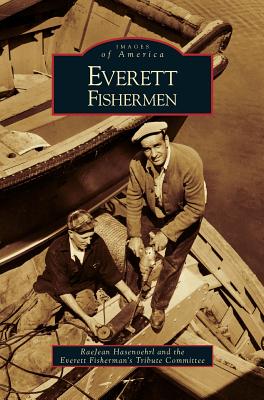 
Not On Our Shelves—Ships in 1-5 Days
(This book cannot be returned.)
In the late 1890s, the migration of Croatian and Norwegian fishermen to Washington State launched an era of worldwide exportation of salmon from the Puget Sound and surrounding waters. Specific to Everett came a group of fishermen proficient in the art of purse seining. With dauntless energy, they set about the task of conquering the open waters to survive in their newfound home. Often their journey was successful, but at times the battle turned disastrous. Ships were sunk, lives were lost, and dreams were flung into the sea. On the home front, wives, mothers, sisters, and daughters shared in the quest, often working long hours at processing plants and other local industries. All the while, the women and their children kept their eyes on the horizon, anticipating the safe return of loved ones.