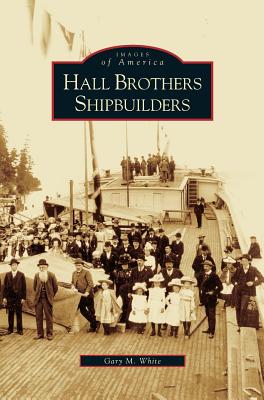 
Not On Our Shelves—Ships in 1-5 Days
(This book cannot be returned.)
Hall Brothers designed and built some of the finest sailing ships ever constructed on the Pacific coast. Isaac, Winslow, and Henry Knox Hall acquired their shipbuilding training at the center of America's boatbuilding industry in Cohasset, Massachusetts, during the 1840s. Following the Gold Rush of 1849, Winslow Hall migrated to San Francisco. In 1863, he built the Sarah Louise, which was the first Hall vessel to be launched from the West Coast. Eleven years later, the Hall Brothers Shipyard was established at Port Ludlow in the Washington Territory. In 1881, the shipyard was moved to Port Blakely on Bainbridge Island. From the launching of the Annie Gee in 1874 to their last ship, the five-masted schooner George E. Billings, built in 1903, Hall Brothers constructed 108 vessels for merchants in the Northwest, San Francisco, and Hawaii.