Trust No One: Inside the World of Deepfakes (Hardcover) 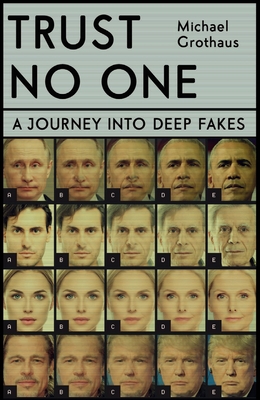 Trust No One: Inside the World of Deepfakes (Hardcover)

Journalist Michael Grothaus goes down the rabbit hole as he interviews the morally dubious, yet incredibly talented creators of this content. This book will open a window into the communities transforming reality; from incels to hackers in the very underbelly of the internet.

Challenging, enlightening and terrifying, this book will ask the questions other people are too scared to: what happens when you can no longer believe your own eyes.

Michael Grothaus is a novelist and journalist. Having got his start over 20 years ago writing for Screen, his work has since appeared in Fast Company, VICE, the Guardian, Litro Magazine, The Irish Times, Quartz, and others. His debut novel Epiphany Jones, a story about the alienating aspects of the internet and sex trafficking among the Hollywood elite, was longlisted for the John Creasy New Blood Dagger Award in 2017. Trust No One is his first non-fiction book.