White But Not Quite: Central Europe's Illiberal Revolt (Paperback) 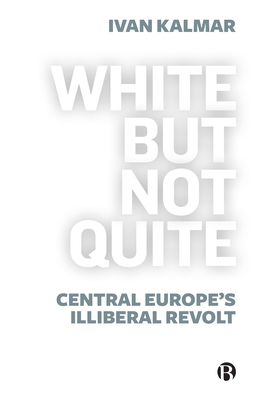 White But Not Quite: Central Europe's Illiberal Revolt (Paperback)


Not On Our Shelves—Ships in 1-5 Days
Since the 'migration crisis' of 2016, long-simmering tensions between the Western members of the European Union and its 'new' Eastern members - Poland, the Czech Republic, Slovakia, and Hungary - have proven to be fertile ground for rebellion against liberal values and policies. In this startling and original book Ivan Kalmar argues that Central European illiberalism is a misguided response to the devastating effects of global neoliberalism, which arose from the area's brutal transition to capitalism in the 1990s. Kalmar argues that dismissive attitudes towards 'Eastern Europeans' are a form of racism and explores the close relation between racism towards Central Europeans and racism by Central Europeans: a people white but not quite.
Ivan Kalmar is Professor in the Department of Anthropology and at the Munk School of Global Affairs and Public Policy at the University of Toronto. He has written widely on race, religion, and politics, including in Central Europe.