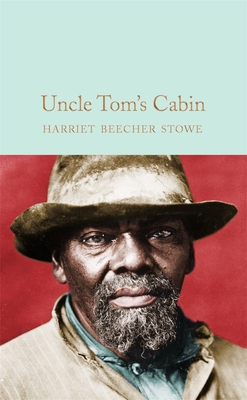 Uncle Tom’s Cabin brought the evils of slavery to the consciences and hearts of the American people by its moving portrayal of slave experience.

Part of the Macmillan Collector’s Library; a series of stunning, clothbound, pocket sized classics with gold foiled edges and ribbon markers. These beautiful books make perfect gifts or a treat for any book lover. This edition has an afterword by Pat Righelato.

Harriet Beecher Stowe shows us in scenes of great dramatic power the human effects of a system in which slaves were property: the break up of families, the struggles for freedom, and the horrors of plantation labour. She brings into fiction the different voices of the emerging American nation; the Southern slave-owning classes, Northern abolitionists, the sorrow songs and dialect of slaves, as well as the language of political debate and religious zeal. The novel was, and is, controversial and abrasive in its demand for change.

Harriet Beecher Stowe was born in Litchfield, Connecticut, in 1811, the seventh child of a well-known Congregational minister, Lyman Beecher. The family moved to Cincinnati, Ohio, where she met and married Calvin Stowe, a professor of theology, in 1836. Living just across the Ohio River from the slave-holding state of Kentucky, and becoming aware of the plight of escaping slaves, led her to write Uncle Tom’s Cabin, published in book form in 1842. She wrote the novel amidst the difficulties of bringing up a large family of six children. The runaway success of Uncle Tom’s Cabin made its author a well-known publish figure. Stowe died in 1896.