The Idea of History (Paperback) 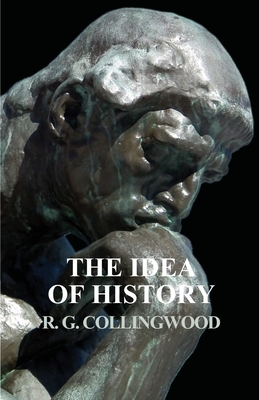 The Idea of History (Paperback)


Not On Our Shelves—Ships in 1-5 Days
(This book cannot be returned.)
Robin George Collingwood, FBA (1889 - 1943) was an English historian, philosopher, and archaeologist most famous his philosophical works. Along with "The Principles of Art" (1938), Collingwood's "The Idea of History" was his best-known work, originally collated from numerous sources following his death by a student of his, T. M. Knox. It became a major inspiration for philosophy of history in the western world and is extensively cited to his day. This fascinating volume on history and its relationship to philosophy will appeal to students and collectors of vintage philosophical works alike. Contents include: "The Philosophy of History", "History's Nature", "Object", "Method", "Greco-Roman Histography", "The Influence of Christianity", "The Threshold of Scientific History", "Scientific History", "England", "Germany", "France", "Italy", etc. Many vintage books such as this are increasingly scarce and expensive. It is with this in mind that we are republishing this volume today in an affordable, high-quality, modern edition complete with a specially-commissioned new biography of the author.