Marie Antoinette's Confidante: The Rise and Fall of the Princesse de Lamballe (Paperback) 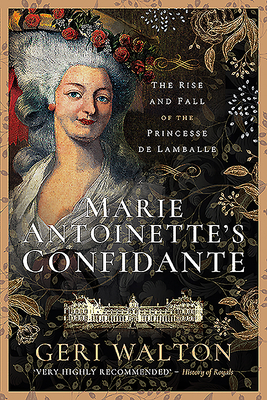 Marie Antoinette's Confidante: The Rise and Fall of the Princesse de Lamballe (Paperback)


Special Order—Subject to Availability
Marie Antoinette has always fascinated readers worldwide. Yet perhaps no one knew her better than one of her closest confidantes, Marie Thrse, the Princess de Lamballe. The Princess became superintendent of the Queens household in 1774, and through her relationship with Marie Antoinette, a unique perspective of the lavishness and daily intrigue at Versailles is exposed.

Born into the famous House of Savoy in Turin, Italy, Marie Thrse was married at the age of seventeen to the Prince de Lamballe; heir to one of the richest fortunes in France. He transported her to the gold-leafed and glittering chandeliered halls of the Chteau de Versailles, where she soon found herself immersed in the political and sexual scandals that surrounded the royal court. As the plotters and planners of Versailles sought, at all costs, to gain the favor of Louis XVI and his Queen, the Princess de Lamballe was there to witness it all.

This book reveals the Princess de Lamballes version of these events and is based on a wide variety of historical sources, helping to capture the waning days and grisly demise of the French monarchy. The story immerses you in a world of titillating sexual rumors, bloodthirsty revolutionaries, and hair-raising escape attempts and is a must read for anyone interested in Marie Antoinette, the origins of the French Revolution, or life in the late 18th Century.