In the Shadow of Nelson: The Life of Admiral Lord Collingwood (Paperback) 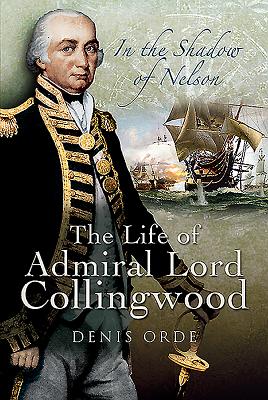 In the Shadow of Nelson: The Life of Admiral Lord Collingwood (Paperback)


Special Order—Subject to Availability
Vice Admiral Cuthbert (Cuddy) Collingwood may have been 10 years older than Horatio Nelson but he was Nelson's close friend from the outset. They served together for over 30 years and only at Trafalgar, was Nelson his superior officer.

The relationship is all the stranger as their temperaments greatly differed. Collingwood was reserved, austere and shy but utterly competent which was why Nelson's meteoric career was so closely linked to his. Collingwood's reputation was made in battles such as The Glorious First of June (1794) and Cape St Vincent (1797). Collingwood's career survived reverses; he was court-martialed in 1777 by a commander for whom he had no respect. He was acquitted. Collingwood in The Royal Sovereign led the lee column at Trafalgar. After assuming command of the Fleet on Nelson's death he was the author of the famous Trafalgar Despatch that announced the victory and death of Nelson to the Nation. He became Commander in Chief Mediterranean Fleet but was never to return home. He died at sea in 1810. He is buried beside Nelson in St. Paul's Cathedral.