The Man Behind the Tudors: Thomas Howard, 2nd Duke of Norfolk (Hardcover) 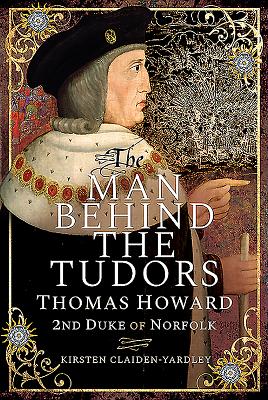 The Man Behind the Tudors: Thomas Howard, 2nd Duke of Norfolk (Hardcover)


Special Order—Subject to Availability
Understand how Thomas' life shaped the recovery and success of the Howard family through his military prowess and navigation of the political landscape of Tudor England.

Thomas Howard, 2nd duke of Norfolk, lived a remarkable life spanning eighty years and the reigns of six kings. Amongst his descendants are his granddaughters, Anne Boleyn and Catherine Howard, and his great-granddaughter, Elizabeth I. The foundations of this dramatic and influential dynasty rest on Thomas' shoulders, and it was his career that placed the Howard family in a prominent position in English society and at the Tudor royal court.

Thomas was born into a fairly ordinary gentry family, albeit distantly related to the Mowbray dukes of Norfolk. During the course of the fifteenth century, he and his father would rise through the political and social ranks as a result of their loyal service to Edward IV and Richard III. In a tragic turn of events, all their hard work was undone at the Battle of Bosworth and his father was killed fighting for King Richard. Imprisoned for treason and stripped of his lands and titles, Thomas had to start from the beginning to gain the trust of a new king. He spent the next thirty-five years devoting his administrative, military and diplomatic skills to the Tudors whilst rebuilding his family fortunes and ensuring that his numerous children were well-placed to prosper.