The Infamous Sophie Dawes: New Light on the Queen of Chantilly (Hardcover) 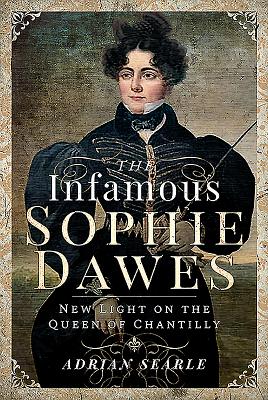 The Infamous Sophie Dawes: New Light on the Queen of Chantilly (Hardcover)


Special Order—Subject to Availability
She was the daughter of an alcoholic Isle of Wight smuggler. Much of her childhood was spent in the island's workhouse. Yet Sophie Dawes threw off the shackles of her downbeat formative years to become one of the most talked-about personalities in post-revolutionary France.

It was the ultimate rags to riches story which would see her become the mistress of the fabulously wealthy French aristocrat Louis Henri de Bourbon, destined to be the last Prince of Cond .

Her total subjugation of the ageing prince, her obsessive desire for a position among the highest echelon of French royalist society following the Bourbon restoration, and her designs upon a hefty chunk of Louis Henri's vast fortune would lead to scandal, sensation and then infamy

The Infamous Sophie Dawes takes an in-depth look at her island background before tracing her extraordinary rise from obscurity to becoming a baroness who ruled the prince's ch teau at Chantilly as its unofficial queen and intrigued with the King of the French to get what she wanted.

But how far did she go? The book examines the mysterious death of Louis Henri in 1830 and uses newly discovered evidence in a bid to determine the part Sophie may have played in his demise.