Elizabeth I: The Making of a Queen (Hardcover) 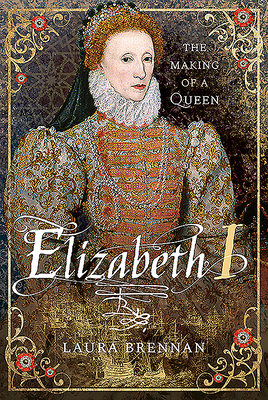 Elizabeth I: The Making of a Queen (Hardcover)


Special Order—Subject to Availability
This looks at the key women how they affected Elizabeth I from her mother and Anne Bolyen, to the fate of Lady Jane Grey and the reign (and failures) of her sister Mary I.

Elizabeth I is arguably one of the greatest monarchs and women of English history. Against an uncertain political and religious backdrop of post-reformation Europe she ruled at the conception of social modernization, living in the shadow of the infamy of her parents reputations and striving to prove herself an equal to the monarchs who had gone before her.

This book seeks to explore some of the key events of her life both before and after she ascended to the English throne in late 1558. By looking at the history of these selected events, as well as investigating the influence of various people in her life, this book sets out to explain Elizabeth's decisions, both as a queen and as a woman.

Amongst the events examined are the death of her mother, the role and fates of her subsequent stepmothers, the fate of Lady Jane Grey and the subsequent behavior and reign of her half sister Mary Tudor, along with the death of Amy Dudley, the return of Mary Queen of Scots to Scotland, the Papal Bull and the Spanish Amanda.