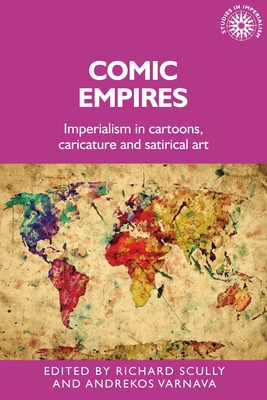 
Not On Our Shelves—Ships in 1-5 Days
Comic empires is a unique collection of new research exploring the relationship between imperialism and political cartoons, caricature, and satirical art. Edited by leading scholars across both fields (and with contributions from contexts as diverse as Egypt, Australia, the United States, and China, as well as Europe) the volume provides new perspectives on well-known events, and illuminates little-known players in the 'great game' of empire in modern times. Some of the finest comic art of the period is deployed as evidence, and examined seriously, in its own right, for the first time. Accessible to students of history at all levels, Comic empires is a major addition to the world-leading 'Studies in Imperialism' series, as well as standing alone as an innovative and significant contribution to the ever-growing international field of comics studies.
Richard Scully is Associate Professor in Modern History at the University of New England, Armidale, Australia Andrekos Varnava is Professor in Imperial and Military History at the Flinders University of South Australia and Honorary Professor at De Montfort University, Leicester