The Golden Girls: 'Twas the Night Before Christmas (Hardcover) 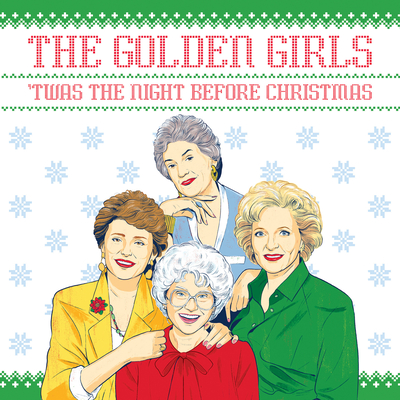 The Golden Girls: 'Twas the Night Before Christmas (Hardcover)


Special Order—Subject to Availability
(This book cannot be returned.)
Celebrate this holiday season with the Golden Girls!

'Twas the night before Christmas and out on the lanai...

This holiday season, celebrate with Blanche, Dorothy, Rose, and Sophia. This illustrated gift book is a perfect stocking stuffer for fans of the show that won eleven Emmy Awards, three Golden Globes, and a place in pop culture fame as one of the best shows of all time.
Francesco Sedita and Doug Yacka are longtime fans of the Golden Girls. They are both authors living in New York City.

Alex Fine is an illustrator originally from the suburbs of Washington, DC. Now living in Baltimore, he freelances for a variety of publications and teaches at the Baltimore Academy of Illustration, which he cofounded in 2015.