John Goodsir (1814-1867): A Scottish Anatomist and Pioneer of the Study of the Cell (Paperback) 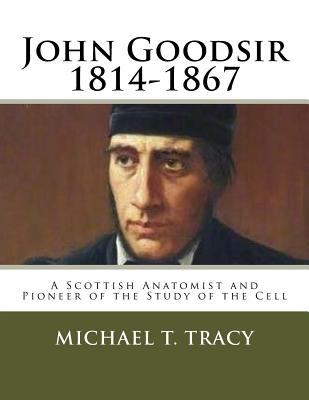 John Goodsir (1814-1867): A Scottish Anatomist and Pioneer of the Study of the Cell (Paperback)


Not On Our Shelves—Ships in 1-5 Days
(This book cannot be returned.)
"On Monday, the 11th inst., were deposited in the Dean Cemetery, of Edinburgh, the mortal remains of perhaps the most accomplished anatomist and the most successful teacher of his time. This language cannot be deemed too strong for John Goodsir. By the distinguished colleagues who were the pall-bearers at the mournful ceremony, by the numerous private friends, and by the 200 pupils of the present and past years; who followed their associate and master to his final resting place, it will be reckoned as but inadequately descriptive. The profession and the scientific world at large can appreciate the loss which his premature decease has inflicted on academic training and on anatomical research. But only his fellow workers of the University and of the class-room can feel the tender and solemn emotion with which the untimely extinction of a kindred life inspired...John Goodsir was the worthiest successor whom Scotland has yet produced to John Hunter. He had the combined solidity and force of intellect, the observing and the generalizing power of his illustrious countryman." Thus ran the East Fife Record Newspaper for 22 March 1867 giving a small glimpse of the accomplished life of Professor John Goodsir.