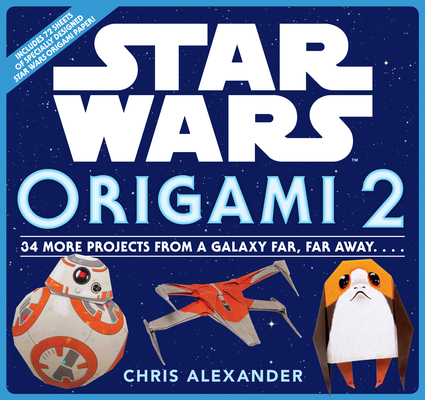 Combining the mythic power of Star Wars with the fun of origami, here is everything you need to create a collection of characters, creatures, Jedi starfighters, and those very special objects––like Kylo Ren and Rey’s lightsabers––imbued with a galaxy of meaning. Ingeniously designed by origamic master Chris Alexander, each of the 34 projects includes illustrated step-by-step instructions and a photograph of the finished model.

Includes:
Chris Alexander began doing origami at the age of four. Since then he’s created dozens of original designs, many of them Star Wars themed. He has a large Star Wars fan base and tours the country folding at conventions and museums. He lives in Lancaster, California.