Pirates: The True and Surprising Story of the Pirates of the Caribbean (Paperback) 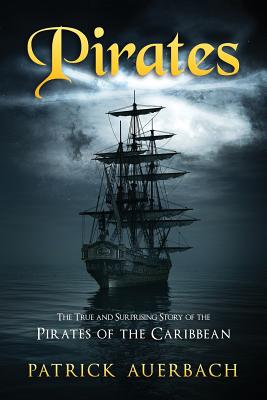 Pirates: The True and Surprising Story of the Pirates of the Caribbean (Paperback)

This is book number 1 in the Pirates series.

Piracy is an act of robbery or criminal violence at sea. Those who engage in acts of piracy are called pirates. The era of piracy in the Caribbean began in the 1500s and died out in the 1830s after the navies of the nations of Western Europe and North America with colonies in the Caribbean began combating pirates. In the early eighteenth century a number of the great pirate captains, including Edward 'Blackbeard' Teach and 'Black Sam' Bellamy, joined forces. This infamous 'Pirating Gang' was more than simply a thieving band of brothers. Many of its members had come to piracy as a revolt against conditions in the merchant fleet and in the cities and plantations in the Old and New Worlds. Piracy flourished in the Caribbean because of the existence of pirate seaports such as Port Royal in Jamaica, Tortuga in Haiti, and Nassau in the Bahamas. Inspired by notions of self-government, they established a crude but distinctive form of democracy in the Bahamas, carving out their own zone of freedom in which indentured servants were released and leaders chosen or deposed by a vote. Scroll to the top of the page and click Add To Cart to read more about this extraordinary forgotten chapter of history