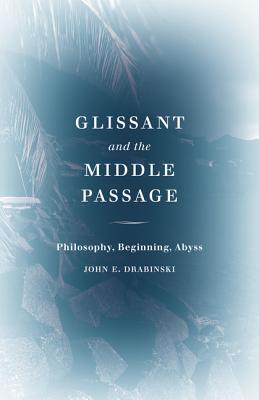 A reevaluation of Édouard Glissant that centers on the catastrophe of the Middle Passage and creates deep, original theories of trauma and Caribbeanness

While philosophy has undertaken the work of accounting for Europe’s traumatic history, the field has not shown the same attention to the catastrophe known as the Middle Passage. It is a history that requires its own ideas that emerge organically from the societies that experienced the Middle Passage and its consequences firsthand. Glissant and the Middle Passage offers a new, important approach to this neglected calamity by examining the thought of Édouard Glissant, particularly his development of Caribbeanness as a critical concept rooted in the experience of the slave trade and its aftermath in colonialism.

In dialogue with key theorists of catastrophe and trauma—including Aimé Césaire, Frantz Fanon, George Lamming, Gilles Deleuze, Félix Guattari, Derek Walcott, as well as key figures in Holocaust studies—Glissant and the Middle Passage hones a sharp sense of the specifically Caribbean varieties of loss, developing them into a transformative philosophical idea. Using the Plantation as a critical concept, John E. Drabinski creolizes notions of rhizome and nomad, examining what kinds of aesthetics grow from these roots and offering reconsiderations of what constitutes intellectual work and cultural production.

Glissant and the Middle Passage establishes Glissant’s proper place as a key theorist of ruin, catastrophe, abyss, and memory. Identifying his insistence on memories and histories tied to place as the crucial geography at the heart of his work, this book imparts an innovative new response to the specific historical experiences of the Middle Passage.

John E. Drabinski is Charles Hamilton Houston 1915 Professor of Black Studies at Amherst College. He is author of Levinas and the Postcolonial: Race, Nation, Other; Godard between Identity and Difference; and Sensibility and Singularity: The Problem of Phenomenology in Levinas.

"Glissant and the Middle Passage is an ingeniously cast light on Glissant’s remarkable philosophical proposition to the world from the Caribbean geography of reason. It critically shows how the singularity of a Caribbean mode of thought strikingly disrupts admitted stances on crucial philosophical precepts to fruitfully expand and broaden the realm of a philosophy that ordinarily centered its concerns and frames of reference around an established European worldview."—Hanétha Vété-Congolo, Bowdoin College

"Glissant and the Middle Passage is the single most comprehensive and compelling treatment to date of the philosophical dimension of Édouard Glissant’s non-fiction. John E. Drabinski maps Glissant’s geography of reason in the mode of a postcolonial ‘intensification of qualities,’ summoning a philosophy of post-traumatic relationality that tracks the philosophical valences and aftershocks of the Middle Passage. Essential reading."—Nick Nesbitt, Princeton University