The Walter Lippmann Reader: A Preface to Politics, Liberty and the News, Public Opinion, The Phantom Public (Paperback) 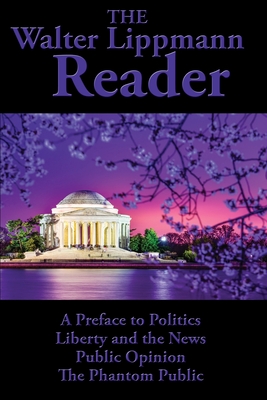 The Walter Lippmann Reader: A Preface to Politics, Liberty and the News, Public Opinion, The Phantom Public (Paperback)


Not On Our Shelves—Ships in 1-5 Days
(This book cannot be returned.)
Collected in this massive 500+ page omnibus editions are Walter Lippman's four most important books. These four books are seminal texts in the fields of media studies, political science, and social psychology. The father of modern journalism, Walter Lippmann was a two-time Pulitzer Prize-winner and visionary. A Preface to Politics is most incisive comment on politics to-day is indifference. When men and women begin to feel that elections and legislatures do not matter very much, that politics is a rather distant and unimportant exercise, the reformer might as well put to himself a few searching doubts. Indifference is a criticism that cuts beneath oppositions and wranglings by calling the political method itself into question. In Liberty and the News Walter Lippmann offers us a stern warning about the importance of reliable news to the survival of a healthy democracy. He railed against bad journalism and drove home the point that the general public must be able to ascertain the truth or democracy is doomed. Public Opinion exposes how media can shape public perception and how that perception changes society. It is a critical assessment of functional democratic government, especially of the irrational and often self-serving social perceptions that influence individual behavior and prevent optimal societal cohesion. The detailed descriptions of the cognitive limitations people face in comprehending their sociopolitical and cultural environments, leading them to apply an evolving catalogue of general stereotypes to a complex reality, rendered Public Opinion The Phantom Public was Lippman's most towering achievement influencing political thought for decades to come. In it Lippman posits that the public exists merely as an illusion, myth, and inevitably a phantom; that the common man cannot be expected to know enough about events entirely beyond their control to cast an informed and meaningful vote.