A Sense of Justice: Judge Gilbert S. Merritt and His Times (Hardcover) 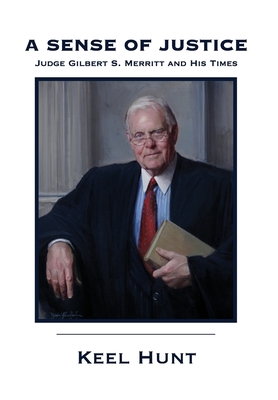 A Sense of Justice: Judge Gilbert S. Merritt and His Times (Hardcover)

To know the story of the life and times of Judge Gilbert Merritt is to understand modern U.S. politics of the mid to late 20th century-how it came to be, and how it worked-particularly in the American South.

Judge Gilbert Merritt and his circle of young lawyers and journalists in Nashville were among the South's earliest Kennedy Democrats in the late 1950s. Their brash political strivings, though not always victorious at the polls, affected the shape of many things, including the rise of modern Nashville.

As a young legal scholar in his twenties, Merritt was one of the nation's youngest U.S. Attorneys (appointed by President Johnson); candidate for Congress; opponent of the death penalty; President Carter's nominee for the United States Court of Appeals for the Sixth Circuit; and almost a Justice of the Supreme Court of the United States.

This social biography is a graduate course in Southern political history, and how that history is much more than campaigns and elections. It depicts a much deeper weave of the power of friendship and loyalty, the influence of history upon individuals and generations, and of how communities of interest formed and evolved over time in our nation-and of how it is all connected.