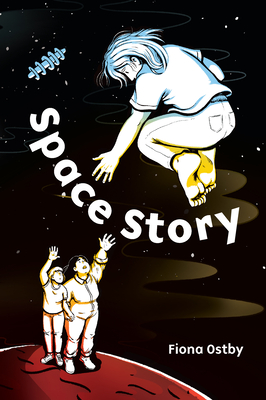 A quietly powerful graphic novel of hope, separation, and perseverance in the journey to reunite with those you love.

"Set in a near future of apocalyptic threat and space colonization, Fiona Ostby's debut graphic novel, Space Story, is a queer love story full of wistful longing. . . Refreshingly, most characters are women or nonbinary and are matter-of-factly represented as queer. Many particularly touching spreads create parallels: a left-hand panel in red, opposite one in blue, show Leah and Hannah in separate beds, facing each other across an impossible divide. The simple layouts and focus on relationships turn a cosmic dystopia into something universal."
--Shelf Awareness, featured as one of the Best Books of the Week

"This is a story filled with bitter-sweet moments (but with a happy ending), and I am in love with it."
--BookRiot

Two women fall in love and start a family on a dying Earth.

Only one escapes to space.

Her family is still on the planet.

They won't give up until they find each other again.