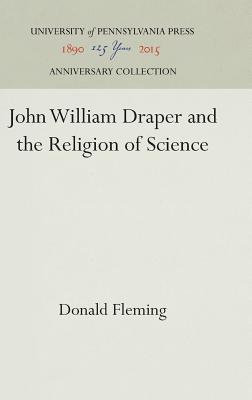 A whole chapter of nineteenth-century history is condensed in the phrase the conflict between religion and science, with our Mother Eve and the proto-Ape jostling for places at the head of the family tree. An outstanding figure in the center of this intellectual conflict was John William Draper, author of History of the Intellectual Development of Modern Europe and The Conflict Between Religion and Science, which played an important part in intellectual debates for many years.

Draper helped break new ground for an age of science, and brought to the level of laymen some of the issues with which they must grapple in the future. However, he had the gift of the great popularizer for seeming to leaven the loaf of tradition, instead of throwing it away, and succeeded in lending to new ideas the appearance of old ones. His work is an excellent case history of the way in which innovations are knit up into continuity with tradition and revolutions in thought are made palatable.
Donald Fleming was Jonathan Trumbull Fleming Professor of American History at Harvard University.