The Unbreakable Miss Lovely: How the Church of Scientology tried to destroy Paulette Cooper (Paperback) 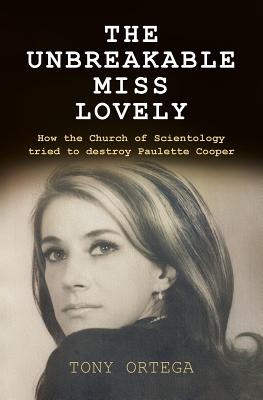 The Unbreakable Miss Lovely: How the Church of Scientology tried to destroy Paulette Cooper (Paperback)

HOW THE CHURCH OF SCIENTOLOGY TRIED TO DESTROY THE WOMAN WHO DARED TO INVESTIGATE IT - AS FEATURED ON LEAH REMINI: SCIENTOLOGY AND THE AFTERMATH

'One of the most remarkable and unlikely narratives in the sprawling field of Scientology expos's...compulsively readable' The A.V. Club

In 1971 Paulette Cooper wrote a scathing book about the Church of Scientology. Desperate to shut the book down, Scientology unleashed on her one of the most sinister personal campaigns the free world has ever known.

For years, Paulette was harassed, stalked, followed and sued. She had people sent undercover to befriend her, was entrapped by private investigators in the pay of Scientology, and was even framed as an alleged mailer of bomb threats. Her life was ruined, and she was driven to the brink of suicide.

The story of Paulette's terrifying ordeal is told in full for the first time in THE UNBREAKABLE MISS LOVELY. It reveals the shocking details of the darkest chapter in Scientology's checkered history, which ended with senior members in prison, and the organization's reputation permanently damaged.

What readers are saying about THE UNBREAKABLE MISS LOVELY:

'This book was absolutely astonishing What Scientology put this woman through, year-after-year-after-year, was horrendous' Amazon Review

THE UNBREAKABLE MISS LOVELY is a story of courage and resilience that will take your breath away. Get it now.

Tony Ortega is executive editor of The Raw Story and former editor-in-chief of The Village Voice. He's been writing about Scientology throughout his career, and also operates his own website with breaking news about the church at www.tonyortega.org. He lives in New York City. The Unbreakable Miss Lovely is his first book.