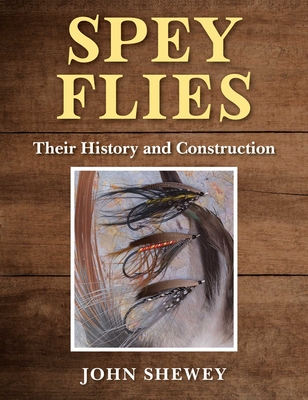 Within fly tying, and within steelhead and salmon angling, Spey flies occupy a substantial niche. These flies are exceptionally popular in America, not only on the “steelhead coast,” but nationwide among fly tying enthusiasts, and they enjoy a substantial popularity worldwide; their popularity has gained renewed enthusiasm with the latest generation of young tiers and anglers (the private Facebook page “The Spey Tyer” has 3,600 members). The author is the world’s leading authority on the history and tying of Spey flies simply because they caught his fancy in the 1980s and over the years he has conducted more research on the topic by far than anyone else. His vision for this new incarnation of  his original Spey Flies (Amato Publications, 2002) includes a tremendous upgrade from the original—an entirely new book, in fact—because he has uncovered so many historical facts, intrigues, people, and flies that have never been compiled in a single volume, or even presented in any form to the interested audience. The original Spey Flies was graphically rich; the new book is far more so.
John Shewey is an Oregon-based veteran steelhead fly angler, journalist, photographer, author, and noted fly tier whose elegant steelhead flies have earned national prominence. The editor-in-chief of the Northwest Fly Fishing magazine group, John has written hundreds of articles and published countless photographs and to date has authored more than a dozen books. He appears frequently as a speaker at club meetings, conclaves, and sports shows around the country.