Cedric Robinson: The Time of the Black Radical Tradition (Paperback) 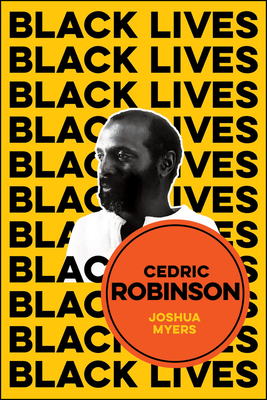 Cedric Robinson: The Time of the Black Radical Tradition (Paperback)

Cedric Robinson - political theorist, historian, and activist - was one of the greatest black radical thinkers of the twentieth century. In this powerful work, the first major book to tell his story, Joshua Myers shows how Robinson's work interrogated the foundations of western political thought, modern capitalism, and changing meanings of race.

Tracing the course of Robinson's journey from his early days as an agitator in the 1960s to his publication of such seminal works as Black Marxism, Myers frames Robinson's mission as aiming to understand and practice opposition to "the terms of order." In so doing, Robinson excavated the Black Radical tradition as a form of resistance that imagined that life on wholly different terms was possible.

In the era of Black Lives Matter, that resistance is as necessary as ever, and Robinson's contribution only gains in importance. This book is essential reading for anyone wanting to learn more about it.
Joshua Myers is Assistant Professor in the Department of Afro-American Studies at Howard University.