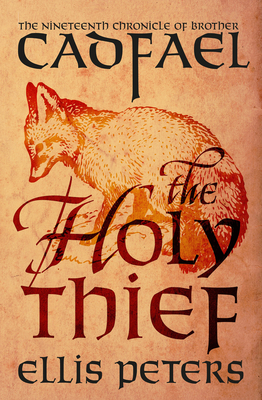 
Not On Our Shelves—Ships in 1-5 Days
Strangers seek refuge at the abbey as floodwaters rise, a body falls, and a relic vanishes--in this "top drawer" mystery featuring the twelfth-century monk (Chicago Sun-Times) In the chill, rainy autumn of 1144, two groups of visitors seek the hospitality of the Abbey of St. Peter and St. Paul, and Brother Cadfael fears trouble has come in with them. Among the first arrivals is Brother Tutilo, a young Benedictine with a guileless face and--to Brother Cadfael's shrewd eyes--a mischievous intelligence. The second group, a ribald French troubadour, his servant, and a girl with the voice of an angel, seems to Brother Cadfael a catalyst for disaster. All of Cadfael's fears become manifest as rising floodwaters endanger the abbey's most sacred relic, the remains of Saint Winifred. When the bones disappear and a dead body is found, Brother Cadfael knows carnal and spiritual intrigues are afoot. Now, in a world that believes in signs and miracles, Brother Cadfael needs his prayers answered--as well as some heavenly guidance to crucial clues--to catch a killer hell-bent on murder.
Ellis Peters is a pseudonym of Edith Mary Pargeter (1913-1995), a British author whose Chronicles of Brother Cadfael are credited with popularizing the historical mystery. Cadfael, a Welsh Benedictine monk living at Shrewsbury Abbey in the first half of the twelfth century, has been described as combining the curious mind of a scientist with the bravery of a knight-errant. The character has been adapted for television, and the books drew international attention to Shrewsbury and its history. Pargeter won an Edgar Award in 1963 for Death and the Joyful Woman, and in 1993 she won the Cartier Diamond Dagger, an annual award given by the Crime Writers' Association of Great Britain. She was appointed officer of the Order of the British Empire in 1994, and in 1999 the British Crime Writers' Association established the Ellis Peters Historical Dagger award, later called the Ellis Peters Historical Award.