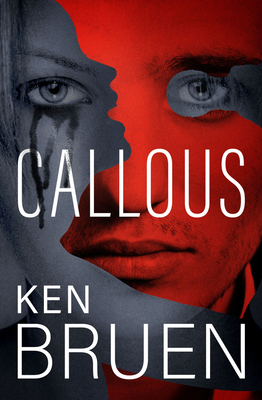 
Not On Our Shelves—Ships in 1-5 Days
Inheriting a Galway cottage may change a troubled woman's life--but not the way she hopes--in this thriller from an "original, grimly hilarious" author (The Washington Post). Kate Mitchell's in the process of kicking her heroin addiction--with the help of alcohol--when a letter arrives informing her that her aunt in Ireland has passed away and bequeathed her a home near the ocean. This could be the start of a new and better life for Kate, far away from Brooklyn, where she and her surviving brothers are each struggling with their own dark pasts. But Aunt Mary didn't die peacefully--quite the opposite. The pair of thugs responsible for her murder had plans for her house: namely, turning it into a lovely seaside meth lab. One of Mary's killers, however, finds his focus shifting when he spots a photo of the dead woman's American niece, who bears a striking resemblance to the late opera singer Maria Callas, the beloved object of his obsession. When Kate and her brothers arrive to claim her inheritance, they're going to find something other than a piece of paradise . . . "Nobody writes like Ken Bruen, with his ear for lilting Irish prose and his taste for the kind of gallows humor heard only at the foot of the gallows." --The New York Times "Bruen has a rich and mordant writing style, full of offbeat humor." --Publishers Weekly
Ken Bruen (b. 1951) is one of the most prominent Irish crime writers of the last two decades. Born in Galway, he spent twenty-five years traveling the world before he began writing in the mid 1990s. As an English teacher, Bruen worked in South Africa, Japan, and South America, where he once spent a short time in a Brazilian jail. He has two long-running series: one starring a disgraced former policeman named Jack Taylor, the other a London police detective named Inspector Brant. Praised for their sharp insight into the darker side of today's prosperous Ireland, Bruen's novels are marked by grim atmosphere and clipped prose. Among the best known are his White Trilogy (1998-2000) and The Guards (2001), the Shamus award-winning first novel in the Jack Taylor series. Bruen continues to live and work in Galway.