The Case of the Lazy Lover (Perry Mason Mysteries #1) (Paperback) 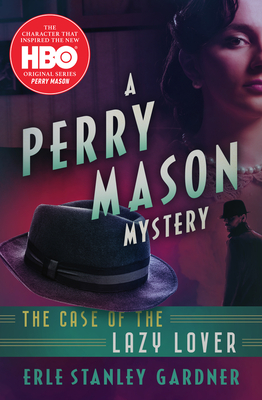 The Case of the Lazy Lover (Perry Mason Mysteries #1) (Paperback)

This is book number 1 in the Perry Mason Mysteries series.

A runaway witness leads a lawyer into a whodunit: "The only dull pages in this book are the blank ones" (The New York Times). Defense lawyer Perry Mason is surprised to receive two checks from a stranger named Lola Allred. And when he speaks with Lola's husband, he discovers the woman has run off with her daughter's boyfriend--who happens to be an important witness in a lawsuit. Soon Mason's caught up in a complicated case involving not only a missing witness but forgery and murder as well . . . This mystery is part of Edgar Award-winning author Erle Stanley Gardner's classic, long-running Perry Mason series, which has sold three hundred million copies and serves as the inspiration for the HBO show starring Matthew Rhys and Tatiana Maslany. DON'T MISS THE NEW HBO ORIGINAL SERIES PERRY MASON, BASED ON CHARACTERS FROM ERLE STANLEY GARDNER'S NOVELS, STARRING EMMY AWARD WINNER MATTHEW RHYS.
Erle Stanley Gardner (1889-1970) was the top selling American author of the twentieth century, primarily due to the enormous success of his Perry Mason Mysteries, which numbered more than eighty and inspired a half-dozen motion pictures and radio programs, as well as a long-running television series starring Raymond Burr. Having begun his career as a pulp writer, Gardner brought a hard-boiled style and sensibility to his early Mason books, but he gradually developed into a more classic detective novelist, providing clues to allow astute readers to solve his many mysteries. For over a quarter of a century, he wrote more than a million words a year under his own name as well as numerous pseudonyms, the most famous being A. A. Fair.