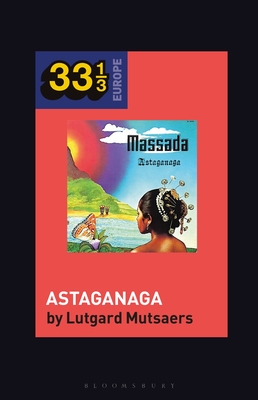 
Not On Our Shelves—Ships in 1-5 Days
This book explores an album of popular music with a remarkable significance to a violent wave of postcolonial tensions in The Netherlands in the 1970s. Several "actions" were claimed by a small number of first-generation descendants of ca. 12,500 reluctant migrants from the young independent state of Indonesia (former Dutch East Indies). Transferred in 1951, this culturally coherent group consisted of ex-Royal Dutch Colonial Army personnel and their families. Their ancient roots in the Moluccan archipelago and their protestant-christian faith defined their minority image. Their sojourn should have been temporary, but frustratingly turned out to be permanent. At the height of strained relations Massada rose to the occasion. Astaganaga (1978) is a telling example of the will to negotiate a different diasporic Moluccan identity through uplifting contemporary sounds.
Lutgard Mutsaers is a pioneering historiographer of Dutch pop/rock/dance. She has worked as band musician, journalist, university lecturer, and editor. She is the author of several books and articles including Roep der Verten. Krontjong van roots naar revival (2014) and Haring & Hawaii, hawaiianmuziek in Nederland 1925-1991 (1994).