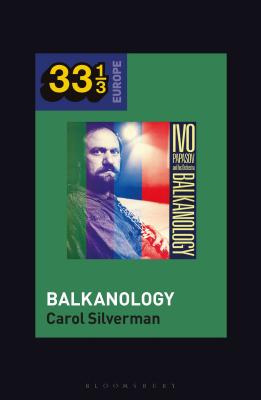 
Special Order—Subject to Availability
From countercultural resistance to world music craze, Balkan music captured the attention of global audiences. Balkanology, the 1991 quintessential album of Bulgarian music, highlights this moment of unbridled creativity. Seasoned musicians all over the world are still in awe of the technical abilities of the musicians in Ansambl Trakia-their complex additive rhythms, breakneck speeds, stunning improvisations, dense ornamentation, chromatic passages, and innovative modulations. Bridging folk, jazz, and rock sensibilities, Trakia's music has set the standard for Bulgarian music until today, and its members, especially Ivo Papazov, are revered stars at home and abroad. The album reveals how Romani (Gypsy) artists resisted the state's prohibition against Romani music and fashioned a genre that became a youth movement in Bulgaria, and then a world music phenomenon. Balkanology underscores the political, economic and social roles of music during socialism and postsocialism.
Carol Silverman is Professor of Anthropology and Folklore at the University of Oregon, USA, and has done research on Balkan music for over 30 years. With a focus on Roma, she explores politics, music, human rights, gender, and state policy and issues of representation. Her book Romani Routes: Cultural Politics and Balkan Music in Diaspora (2012) won the Book Prize from the Society for Ethnomusicology and is a Choice "highly recommended" title.