ZERO AT THE BONE (Paperback) 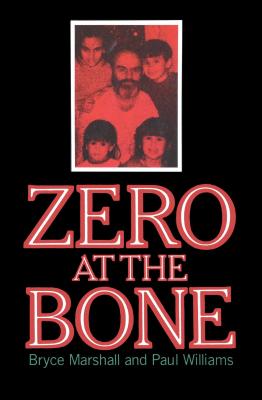 ZERO AT THE BONE (Paperback)


Not On Our Shelves—Ships in 1-5 Days
This suspenseful true story that reads like a thriller details the homicidal rampage of Ronald Gene Simmons, from his troubled youth to murdering fourteen of his family members and the explosive trial that followed.

Gene Simmons was always determined to control everything around him, including his wife and children, even as they slipped further and further from his grasp. Beginning with a strange fixation on details and discipline, he slowly slid from isolation all the way into murderous madness.

After years of paranoia and depravity, Gene Simmons came to the conclusion that his family must die, which began his cold-blooded rampage that led to the horrific day in 1987 that he murdered fourteen of his family members and left them in a mass grave.

Zero at the Bone tells, for the first time, the true story of the Simmons slaughter, from the former Air Force Master Sergeant’s mania for order to his incestuous relationship with his daughter, who bore him a child who also became one of his victims. This is the story of how Simmons’ carefully planned and gruesomely carried out the murder of his family members, including the pauses in between to drink beer and watch “Wheel of Fortune.”

Here are the fears and obsessions that haunted the man, terrified his wife, and exploded around the family Christmas tree.
Paul Williams is the author of Zero at the Bone.