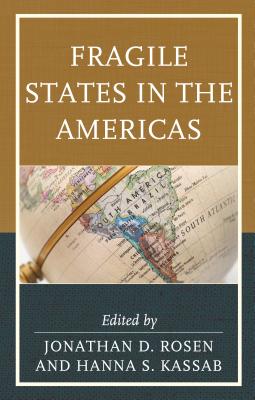 
Not On Our Shelves—Ships in 1-5 Days
The Americas face many security challenges, including drug trafficking, organized crime, guerrilla movements, terrorism, and environmental challenges. Experts have long debated whether some countries in the region can be classified as failed states. While various states in the Americas have been labeled as failed states, calling a country a failed state is quite controversial and requires a precise definition of what constitutes a failed state. This book instead discusses fragile states in the Americas. Fragile states are weak states that are fertile grounds for organized crime groups and illegal actors as such groups are able to infiltrate the state apparatus through corruption. The goal of this book is to examine fragile states in the region and the major security challenges that these states face. The cause of state fragility is different for various states. Theoretically, the work will conceptualize the meaning of fragility as it relates to state survival and autonomy. Empirically, the book focuses on contemporary threats to the survival of fragile states in the Americas. The book explains and analyzes the main political, security, and economic challenges of these states. It employs a wide array of cases that delve into the security and economic threats and priorities of states in the Americas.
Jonathan D. Rosen is a research scientist at Florida International University's Jack D. Gordon Institute for Public Policy. Hanna S. Kassab is visiting assistant professor at Northern Michigan University.