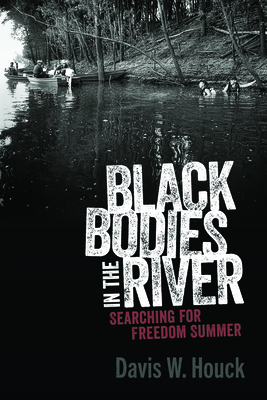 
On Our Shelves Now at:
Nearly sixty years after Freedom Summer, its events--especially the lynching of Andrew Goodman, James Chaney, and Mickey Schwerner--stand out as a critical episode of the civil rights movement. The infamous deaths of these activists dominate not just the history but also the public memory of the Mississippi Summer Project. Beginning in the late 1970s, however, movement veterans challenged this central narrative with the shocking claim that during the search for Goodman, Chaney, and Schwerner, the FBI and other law enforcement personnel discovered many unidentified Black bodies in Mississippi's swamps, rivers, and bayous. This claim has evolved in subsequent years as activists, journalists, filmmakers, and scholars have continued to repeat it, and the number of supposed Black bodies--never identified--has grown from five to more than two dozen. In Black Bodies in the River: Searching for Freedom Summer, author Davis W. Houck sets out to answer two questions: Were Black bodies discovered that summer? And why has the shocking claim only grown in the past several decades--despite evidence to the contrary? In other words, what rhetorical work does the Black bodies claim do, and with what audiences? Houck's story begins in the murky backwaters of the Mississippi River and the discovery of the bodies of Henry Dee and Charles Moore, murdered on May 2, 1964, by the Ku Klux Klan. He pivots next to the Council of Federated Organization's voter registration efforts in Mississippi leading up to Freedom Summer. He considers the extent to which violence generally and expectations about interracial violence, in particular, serves as a critical context for the strategy and rhetoric of the Summer Project. Houck then interrogates the unnamed-Black-bodies claim from a historical and rhetorical perspective, illustrating that the historicity of the bodies in question is perhaps less the point than the critique of who we remember from that summer and how we remember them. Houck examines how different memory texts--filmic, landscape, presidential speech, and museums--function both to bolster and question the centrality of murdered white men in the legacy of Freedom Summer.
Davis W. Houck is Fannie Lou Hamer Professor of Rhetorical Studies at Florida State University. He is coauthor of Emmett Till and the Mississippi Press and coeditor of Women and the Civil Rights Movement, 1954-1965 and The Speeches of Fannie Lou Hamer: To Tell It Like It Is, all published by University Press of Mississippi.