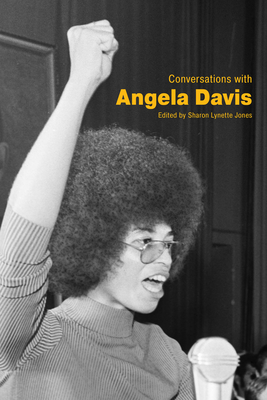 
In Stock—Click for Locations
When Angela Davis (b. 1944) was placed on the FBI's Ten Most Wanted list in 1970 and after she successfully gained acquittal in the 1972 trial that garnered national and international attention, she became one of the most recognizable and iconic figures in the twentieth century. An outspoken advocate for the oppressed and exploited, she has written extensively about the intersections between race, class, and gender; Black liberation; and the US prison system. Conversations with Angela Davis seeks to explore Davis's role as an educator, scholar, and activist who continues to engage in important and significant social justice work. Featuring seventeen interviews ranging from the 1970s to the present day, the volume chronicles Davis's life and her involvement with and influence on important and significant historical and cultural events. Davis comments on a range of topics relevant to social, economic, and political issues from national and international contexts, and taken together, the interviews explore how her views have evolved over the past several decades. The volume provides insight on Davis's relationships with such organizations as the Student Nonviolent Coordinating Committee, the Communist Party, the Green Party, and Critical Resistance, and how Davis has fought for racial, gender, and social and economic equality in the US and abroad. Conversations with Angela Davis also addresses her ongoing work in the prison abolition movement.
Sharon Lynette Jones is professor in the Department of English Language and Literatures at Wright State University. She is author of Rereading the Harlem Renaissance: Race, Class, and Gender in the Fiction of Jessie Fauset, Zora Neale Hurston, and Dorothy West and Critical Companion to Zora Neale Hurston: A Literary Reference to Her Life and Work. She is editor of Critical insights: Zora Neale Hurston and coeditor of The Prentice Hall Anthology of African American Literature.