Without Restraint: How Skiing Saved My Son's Life (Hardcover) 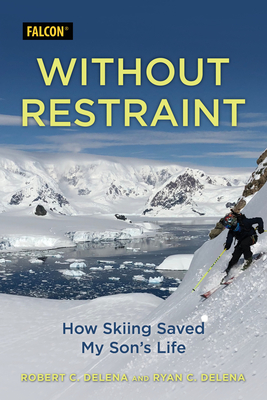 Without Restraint: How Skiing Saved My Son's Life (Hardcover)


Coming Soon—Pre-Order Now
Robert C. DeLena was raised in Revere, MA, and is a graduate of The Governor's Academy, Trinity College, and Northeastern University School of Law. After practicing law unhappily, he founded a small recruiting company called Legal Staffing Solutions, and for over twenty years has advised law firms, lawyers, and law students on legal hiring. Rob lives in Sudbury, MA with his wife, Mary Beth, and their daughter, Abigail, who currently attends Hamilton College. He spends time skiing with his son Ryan and the great friends he's made during his journey from beginner to reluctant adventurer. Rob has skied all over the United States, internationally in Canada, Chile and Argentina, and even survived a backcountry expedition in Antarctica. He is planning to return to Antarctica with Ryan in late 2022. Ryan C. DeLena is currently a junior at Northern Vermont University studying Outdoor Education. He is widely known in the outdoor community through his social media presence as "Extreme Ryan." He was pictured on the cover of Backcountry Ski Maps (2020) and has conquered many of the world's signature ski runs including Super-C Couloir in Chile, Little Couloir in Montana, and Tuckerman Ravine in New Hampshire. Ryan has climbed and skied additional peaks in Oregon, Washington, Utah, California, Nevada, Wyoming, and Antarctica. He is an enthusiastic rock climber, ice climber, and avid hiker, summiting the Grand Teton twice and has recently completed the "Hundred Highest" hiking peaks in New England. Ryan has earned advanced certifications from the American Mountain Guides Association and the Professional Ski Instructors of America. He spends every available moment in the White Mountains and plans on adventuring in Svalbard, Peru, and Antarctica in 2022.