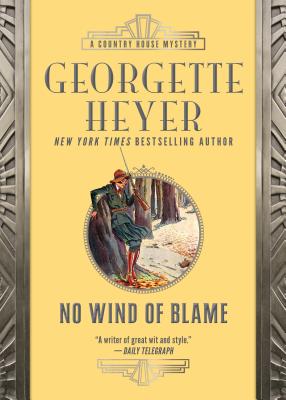 This is book number 8 in the Country House Mysteries series.

"Miss Heyer's characters and dialogue are an abiding delight to me... I have seldom met people to whom I have taken so violent a fancy from the word 'Go.'"—Dorothy L. Sayers

Everyone had a motive, but who had the means?

Wally Carter's murder seems impossible—not one of the suspects was anywhere near the weapon at the time the shot was fired. The superlatively analytical Inspector Hemingway is confronted with a neglected widow, the neighbor who's in love with her, her resentful daughter, a patently phony Russian prince, and a case of blackmail that may—or may not—be at the heart of this most unusual case...

Beloved author Georgette Heyer brings her inimitable wit and astute examination of human nature to a British country house mystery sure to delight fans of Agatha Christie and Margery Allingham.