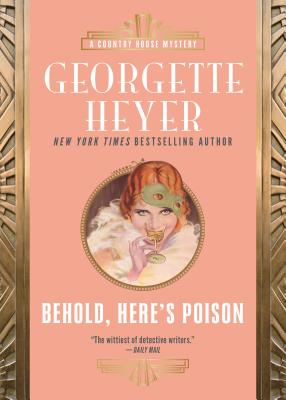 This is book number 5 in the Country House Mysteries series.

Meet the Matthews… before the next one dies

It's no ordinary morning at the Poplars—the master is found dead in his bed, and it seems his high blood pressure was not the cause. When an autopsy reveals a sinister poison in his body, it's up to the quietly resourceful Inspector Hannasyde to catch the murderer in time to spare the next victim. But every single member of the quarrelsome Matthews family has a motive and none, of course, has an alibi.

"The ingredients are so well and carefully mixed, the writing is so bright, and the solution so unexpected that the book achieves success and remains one no reader can fail to enjoy."—Manchester Guardian