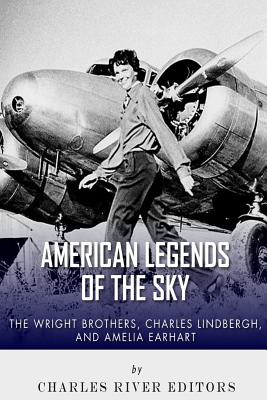 
Not On Our Shelves—Ships in 1-5 Days
(This book cannot be returned.)
*Includes pictures of important people, places, and events.
*Includes Bibliographies on each for further reading.
The lives of Wilbur and Orville Wright are quintessential American stories. Growing up in America's heartland, the boys lived very ordinary lives with 5 other siblings and worked in printing jobs and repair jobs that involved tinkering with tools and bicycles. But at the end of the 20th century, one of the brothers' passions became an obsession, especially for Wilbur, who would later write, "My brother and I became seriously interested in the problem of human flight in 1899."
In December 1903, the brothers had done enough scientific work with concepts like lift to help their aeronautical designs, and they had the technical know-how to work with engines. On December 17, the brothers took turns making history's first successful powered flights. The fourth and final flight lasted nearly a minute and covered nearly 900 feet. Wilbur would work in aviation until dying of typhoid at the age of 45 in 1912, and by the time Orville died in 1948, planes had nearly reached supersonic speeds, a far cry from the days of bicycles and carriages he knew as a kid.
In 1927, Charles Lindbergh became the first to make a nonstop Transatlantic solo flight, forever earning him fame and the moniker "Lucky Lindy". Two years later, Earhart was the first woman to cross the Atlantic in a plane, and her uncanny resemblance to Lindbergh earned her the nickname "Lady Lindy". Together they became America's most famous aviators, and their stories were inextricably interwoven by their lives, careers, and ill-fated destinies.
In many ways, Charles Lindbergh represented the best and worst of America during the first half of the 20th century. Lindbergh became famous for being an aviation pioneer whose solo flight across the Atlantic captured the imagination of an entire world, yet he was an isolationist who wanted to keep American freedoms safe for Americans and no one else. Lindbergh was the quintessential family man, yet he fathered illegitimate children and suffered an unspeakable tragedy that became known as "The Crime of the Century." Lindbergh embodied some of his era's greatest virtues and harbored some of its worst prejudices, but it was those prejudices and his son's murder that have come to color much of his legacy..
By the mid-1930s, Earhart had set a multitude of altitude and distance records, but she wanted to attempt a circumnavigation of the world. After an ill-fated first attempt, Earhart and Fred Noonan set off on another attempt, creating one of the 20th century's most enduring mysteries. Earhart and Noonan were to land on Howland Island, 1700 miles southwest of Hawaii, but radio transmissions ceased between the plane and authorities on the ground the morning of July 2, 1937. Earhart and Noonan had disappeared, never to be seen again, despite one of the nation's largest and costliest manhunts to date. Unfortunately, the speculation over exactly what happened to Earhart and the mystery of her disappearance have come to overshadow and obscure her many accomplishments.
American Legends of the Sky profiles the lives, careers, and legacies of America's most famous aviation pioneers. Along with pictures of important people, places, and events, you will learn about the Wright Brothers, Lindbergh, and Earhart like never before.