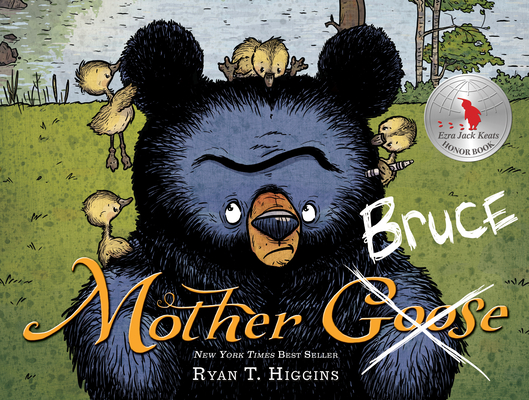 
On Our Shelves Now at:
Bruce the bear likes to keep to himself. That, and eat eggs. But when his hard-boiled goose eggs turn out to be real, live goslings, he starts to lose his appetite. And even worse, the goslings are convinced he’s their mother. Bruce tries to get the geese to go south, but he can’t seem to rid himself of his new companions. What’s a bear to do?
Ryan T. Higgins is an author/illustrator residing in Southern Maine. He lives with his three dogs, three cats, two geckos, one tortoise, one son, one daughter, and one wife. He has wanted to be a cartoonist since as far back as he can remember. (Actually, that’s not entirely true—he wanted to be a tiger until he was three, but, sadly, that didn't really pan out.) Ryan’s first picturebook, Wilfred, was named a 2013 Wanda Gág Read Aloud Honor Book. Visit Ryan online at ryanthiggins.com.