The Ethics of Policing: New Perspectives on Law Enforcement (Paperback) 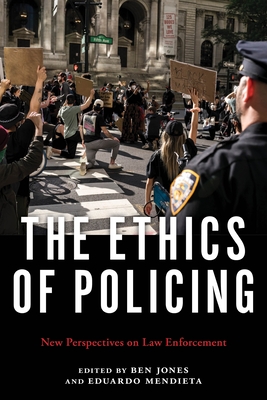 The Ethics of Policing: New Perspectives on Law Enforcement (Paperback)

From George Floyd to Breonna Taylor, the brutal deaths of Black citizens at the hands of law enforcement have brought race and policing to the forefront of national debate in the United States. In The Ethics of Policing, Ben Jones and Eduardo Mendieta bring together an interdisciplinary group of scholars across the social sciences and humanities to reevaluate the role of the police and the ethical principles that guide their work. With contributors such as Tracey Meares, Michael Walzer, and Franklin Zimring, this volume covers timely topics including race and policing, the use of aggressive tactics and deadly force, police abolitionism, and the use of new technologies like drones, body cameras, and predictive analytics, providing different perspectives on the past, present, and future of policing, with particular attention to discriminatory practices that have historically targeted Black and Brown communities. This volume offers cutting-edge insight into the ethical challenges facing the police and the institutions that oversee them. As high-profile cases of police brutality spark protests around the country, The Ethics of Policing raises questions about the proper role of law enforcement in a democratic society.
Ben Jones is Assistant Director of the Rock Ethics Institute at the Pennsylvania State University Eduardo Mendieta is Professor of Philosophy at the Pennsylvania State University.