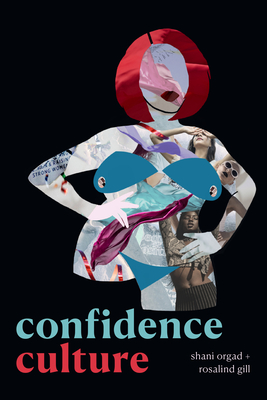 
Not On Our Shelves—Ships in 1-5 Days
In Confidence Culture, Shani Orgad and Rosalind Gill argue that imperatives directed at women to "love your body" and "believe in yourself" imply that psychological blocks rather than entrenched social injustices hold women back. Interrogating the prominence of confidence in contemporary discourse about body image, workplace, relationships, motherhood, and international development, Orgad and Gill draw on Foucault's notion of technologies of self to demonstrate how "confidence culture" demands of women near-constant introspection and vigilance in the service of self-improvement. They argue that while confidence messaging may feel good, it does not address structural and systemic oppression. Rather, confidence culture suggests that women--along with people of color, the disabled, and other marginalized groups--are responsible for their own conditions. Rejecting confidence culture's remaking of feminism along individualistic and neoliberal lines, Orgad and Gill explore alternative articulations of feminism that go beyond the confidence imperative.
Shani Orgad is Professor of Media and Communications at the London School of Economics and Political Science and author of Heading Home: Motherhood, Work, and the Failed Promise of Equality. Rosalind Gill is Professor of Social and Cultural Analysis at City, University of London, and author of Gender and the Media.