The Doctor Who Would Be King (Hardcover) 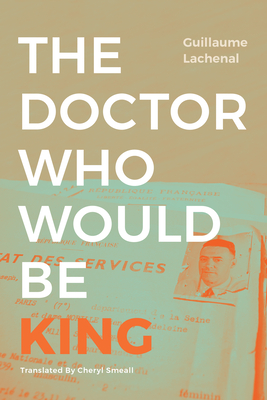 The Doctor Who Would Be King (Hardcover)


Not On Our Shelves—Ships in 1-5 Days
In The Doctor Who Would Be King Guillaume Lachenal tells the extraordinary story of Dr. Jean Joseph David, a French colonial army doctor who governed an entire region of French Cameroon during World War II. Dr. David--whom locals called "emperor"--dreamed of establishing a medical utopia. Through unchecked power, he imagined realizing the colonialist fantasy of emancipating colonized subjects from misery, ignorance, and sickness. Drawing on archives, oral histories, and ethnographic fieldwork, Lachenal traces Dr. David's earlier attempts at a similar project on a Polynesian island and the ongoing legacies of his failed experiment in Cameroon. Lachenal does not merely recount a Conradian tale of imperial hubris, he brings the past into the present, exploring the memories and remains of Dr. David's rule to reveal a global history of violence, desire, and failure in which hope for the future gets lost in the tragic comedy of power.