The Licit Life of Capitalism: US Oil in Equatorial Guinea (Paperback) 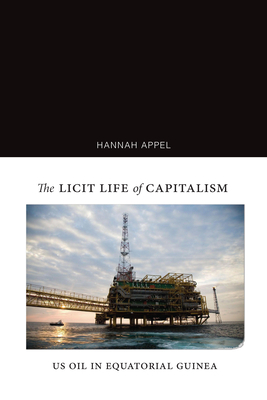 The Licit Life of Capitalism: US Oil in Equatorial Guinea (Paperback)


Not On Our Shelves—Ships in 1-5 Days
The Licit Life of Capitalism is both an account of a specific capitalist project--U.S. oil companies working off the shores of Equatorial Guinea--and a sweeping theorization of more general forms and processes that facilitate diverse capitalist projects around the world. Hannah Appel draws on extensive fieldwork with managers and rig workers, lawyers and bureaucrats, the expat wives of American oil executives and the Equatoguinean women who work in their homes, to turn conventional critiques of capitalism on their head, arguing that market practices do not merely exacerbate inequality; they are made by it. People and places differentially valued by gender, race, and colonial histories are the terrain on which the rules of capitalist economy are built. Appel shows how the corporate form and the contract, offshore rigs and economic theory are the assemblages of liberalism and race, expertise and gender, technology and domesticity that enable the licit life of capitalism--practices that are legally sanctioned, widely replicated, and ordinary, at the same time as they are messy, contested, and, arguably, indefensible.
Hannah Appel is Assistant Professor of Anthropology at the University of California, Los Angeles, and coeditor of The Promise of Infrastructure, also published by Duke University Press, and Subterranean Estates: Life Worlds of Oil and Gas.