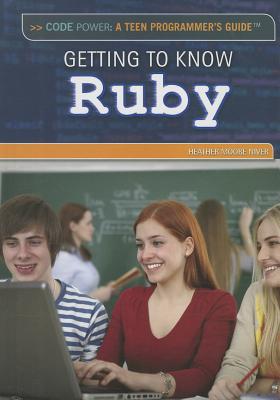 
Special Order—Subject to Availability
(This book cannot be returned.)
Computer programming can be intimidating for anyone, particularly a beginner. Making that task a bit easier is Ruby, an open-source programming language that is becoming increasingly popular among middle school and high school students. Readers are introduced to the many facets of Ruby, including the language's history, the basics of operation, and implementation of the system's application framework, Ruby on Rails. Discussions of less than optimal aspects of the system and user concerns ensure that the coverage is well-rounded. The accessible narrative is as easy to understand as Ruby itself.