Fire Cops: On the Case with America's Arson Investigators (Paperback) 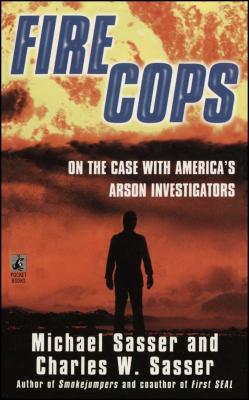 Fire Cops: On the Case with America's Arson Investigators (Paperback)


Not On Our Shelves—Ships in 1-5 Days
From the big cities to dense forests to disasters at sea, authors Michael Sasser and Charles W. Sasser present some of the toughest cases and most harrowing missions faced by arson investigators.

A brutal inferno snuffs out the lives of eighty-seven at the Happy Land Social Club in New York City... The Branch Davidians torch their compound in Waco, Texas, killing eighty-one men, women and children… Flames engulf the streets of Detroit on its deadliest Devil’s Day… In each case, some of America’s most intrepid detectives were on the case, seeking out the truth amid the ashes.

Here are the toughest cases from real arson investigators—men and women who apply steely determination and extraordinary skills in the pursuit of one goal: to catch scheming profiteers, vicious vandals, and diabolical pyromaniacs. Where the untrained eye sees nothing but destruction, these investigators see clues—and they plunge undaunted into the charred debris of destroyed buildings and incinerated lives to seek them out. From big cities to dense forests to disasters at sea, they bring one vow to every case: to never let justice go up in smoke.
Charles W. Sasser has been a full-time freelance writer, journalist, and photographer since 1979. He is a veteran of both the U.S. Navy (journalist) and U.S. Army (Special Forces, the Green Berets), a combat veteran, and former combat correspondent wounded in action. He also served fourteen years as a police officer (in Miami, Florida, and in Tulsa, Oklahoma, where he was a homicide detective). He is author, co-author, or contributing author of more than thirty books and novels, including One Shot-One Kill and Hill 488. Sasser now lives on a ranch in Chouteau, Oklahoma, with his wife Donna.