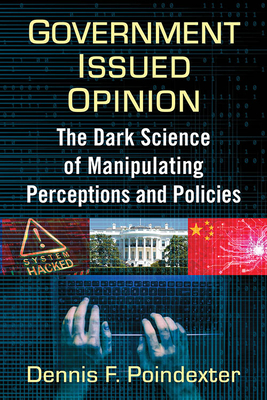 
Not On Our Shelves—Ships in 1-5 Days
Intelligence services, businesses and governments use a sinister methodology called an influence campaign to sway the core values of their own countries and others around the globe. This method is used by many different types of world governments (including the U.S.) and can pervade many different sectors of public life. Even seemingly powerful politicians are impacted by influence campaigns. While influence campaigns differ from political campaigns or corporate advertising, they share similar characteristics. Both influence behavior by manipulating beliefs to produce an outcome favorable to the campaign goal. This book explains the mechanisms of influence campaigns and how they affect policy making, often in surprising ways. Chapters detail examples of influence campaigns waged by various governments throughout the years and suggest how the public consciousness should deal with these strategies. As targets of these campaigns, citizens must understand how our leaders use them for their own benefit.
Dennis F. Poindexter has been a staff member in the U.S. House of Representatives and made information warfare assessments for Ballistic Missile Defense, the National Command Authority and the Defense Threat Reduction Agency. He performed counter-terrorism operations for the FBI and worked with the White House Critical National Cybersecurity Initiative Number 7. He lives in Potomac Falls, Virginia.