The Race to the Moon: An Interactive History Adventure (You Choose: History) (Paperback) 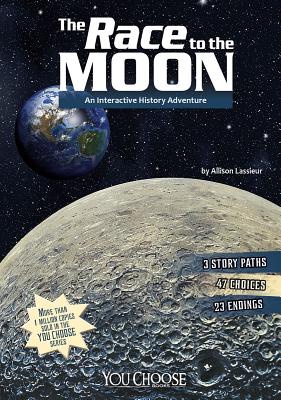 The Race to the Moon: An Interactive History Adventure (You Choose: History) (Paperback)


Not On Our Shelves—Ships in 1-5 Days
It's the 1950s and 1960s, and the United States and Soviet Union are in a race to be the first to reach the moon. Will you: Participate in the space race as a young scientist working on early rocket technology? Experience the space race as a reporter following space "firsts" in both the Soviet Union and the United States? Work as a member of Mission Control during the 1969 moon landing? Everything in this book happened to real people. And YOU CHOOSE what you do next. The choices you make could lead you to opportunity, to glory, to shattered dreams, or even to death.