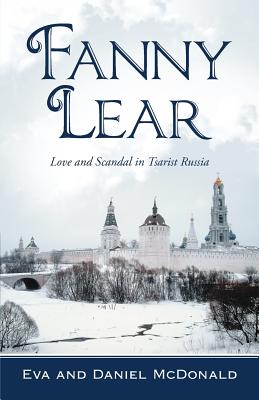 By Eva And Daniel McDonald

Fanny Lear: Love and Scandal in Tsarist Russia>/i> tells the story of Harriet Clarissima Ely Blackford, also known as Fanny Lear. She was an American courtesan in the late nineteenth century, a strong, independent woman who refused to accept the restrictions placed on women by society at the time. In her short, adventure-filled life, her travels took her from Philadelphia to the social heights of Europe and ultimately to Tsarist Russia, where an affair with the Tsar's nephew culminated in her arrest and expulsion from Russia. Various diplomatic reports from the US State Department detail the scandalous events and the dire implications of this ill-fated love affair.

Once out of Russia, she reportedly wrote this account in English over the course of eleven days and then supervised its translation into French. Published under the title Le Roman d'une Americaine en Russie, it was an instant bestseller. It also brought on diplomatic pressure from Russia that caused her expulsion from France and Italy, although she continued to be a prominent figure in the social and celebrity sections of the European media during the 1870s and '80s.

Her account of the twenty-eight months in Russia is a love story, not only of her love for the Grand Duke, but also for Russia itself. A few copies of her book survived; it has now been translated and is presented here.