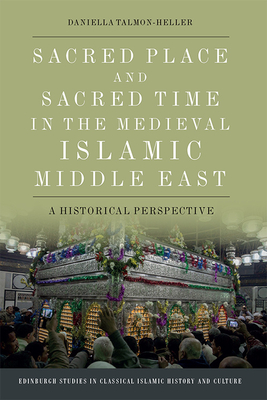 This book offers a fresh perspective on religious culture in the medieval Middle East. It investigates the ways Muslims thought about and practiced at sacred spaces and in sacred times through two detailed case studies: the shrines in honour of the head of al-Husayn (the martyred grandson of the Prophet), and the holy month of Rajab. The changing expressions of the veneration of the shrine and month are followed from the formative period of Islam until the late Mamluk period, paying attention to historical contexts and power relations. Readers will find interest in the attempt to integrate the two perspectives synchronically and diachronically, in a discussion of the relationship between the sanctification of space and time in individual and communal piety, and in the religious literature of the period.

Daniella Talmon-Heller is Senior Lecturer in the department of Middle East Studies at Ben-Gurion University of the Negev. She is the author of Islamic Piety in Medieval Syria: Mosques, Cemeteries and Sermons under the Zangids and Ayyubids (Brill, 2007), which won the 2008 Tel Aviv Book award for research on Middle East History. She is co-editor with Katia Cytryn-Silverman of Material Evidence and Narrative Sources: Interdisciplinary Studies of the History of the Muslim Middle East (Brill 2014). Her research interests include the history of the medieval Middle East, Islamic thought and practice, and comparative religion.