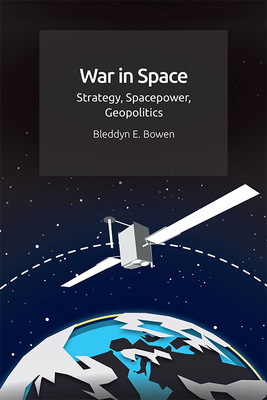 This book presents a theory of spacepower and considers the implications of space technology on strategy and international relations. The spectre of space warfare stalks the major powers as outer space increasingly defines geopolitical and military competition. As satellites have become essential for modern warfare, strategists are asking whether the next major war will begin or be decided in outer space. Only strategic theory can explore the decisiveness and effects of war in space upon grand strategy' and international relations.

The author applies the wisdom of military strategy to outer space, and presents a compelling new vision of Earth orbit as a coastline, rather than an open ocean or an extension of airspace as many have assumed. Rooted in the classical military works of Clausewitz, Mahan, and Castex to name a few, this book presents comprehensive principles for strategic thought about space that explain the pervasive and inescapable influence of spacepower on strategy and the changing military balance of the 21st century.

Bleddyn Bowen is a Lecturer in International Relations at the University of Leicester. He is an established expert in strategy, space warfare and the military uses of outer space. His work has been published in a number of key journals, including The Journal of Strategic Studies, The British Journal of International Relations, Astropolitics, and the RUSI Journal. Bleddyn frequently contributes to news broadcasting and professional blogs and convenes the Astropolitics Collective research group.