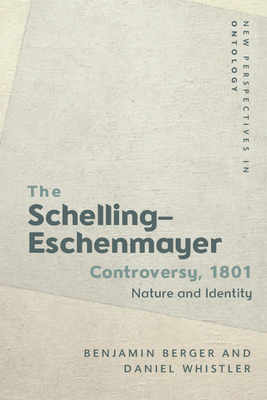 During the first decade of the 19th century, F. W. J. Schelling was involved in 3 distinct controversies with one of his most perceptive and provocative critics, A. K. A. Eschenmayer. The first of these controversies took place in 1801 and focused on the philosophy of nature. Now, Berger and Whistler provide a ground-breaking account of this moment in the history of philosophy. They argue that key Schellingian concepts, such as identity, potency and abstraction, were first forged in his early debate with Eschenmayer. Through a series of translations and commentaries, they show that the 1801 controversy is an essential resource for understanding Schelling's thought, the philosophy of nature and the origins of absolute idealism.